Japanese rock band ONE OK ROCK has announced via their official Facebook page that they will be launching an Asian tour early next year, with gigs slated in Hong Kong, Taiwan, Thailand, Singapore, and the Philippines! 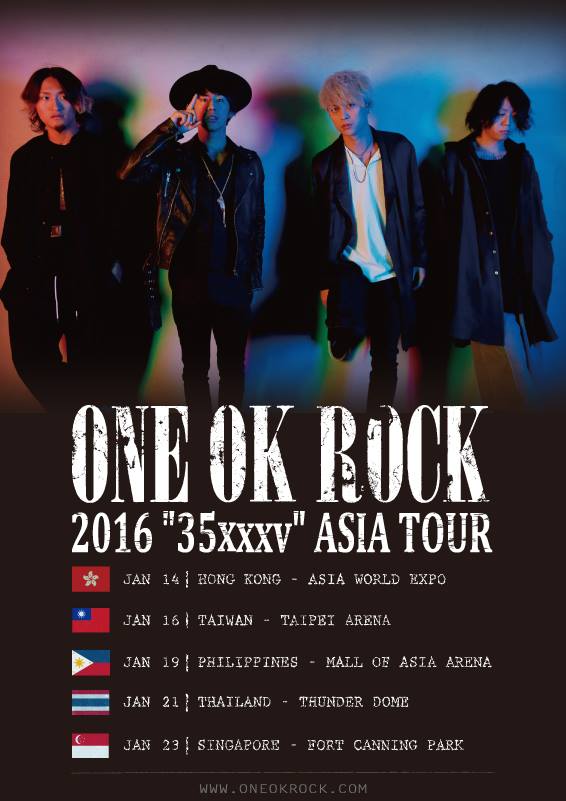 ONE OK ROCK is was formed in 2005, composed of Taka, Toru, Ryota, and Tomoya. They are best known for their hard-driving rock tracks included in movies and games such as Rurouni Kenshin (るろうに剣心), Black Rock Shooter: The Game, and DmC: Devil May Cry.

The band has toured extensively in Japan and in the US, having headlines several gigs as well as fronted for Yellowcard, All Time Low, and Hoobastank.

Ticketing information such as pricing and tiers are currently unreleased, but based on the venue it’s possible that SM Tickets will be the local ticketing agent. Stay tuned as more updates unfold in the coming weeks!