Global clothing brand Uniqlo has released a call for entries to its annual t-shirt design competition UTGP. The theme for UTGP 2016 is the entire roster of films from Disney and Pixar, focusing on the themes of “Friendship”! The winners will be picked by a special team composed of Disney and Pixar artists and employees. 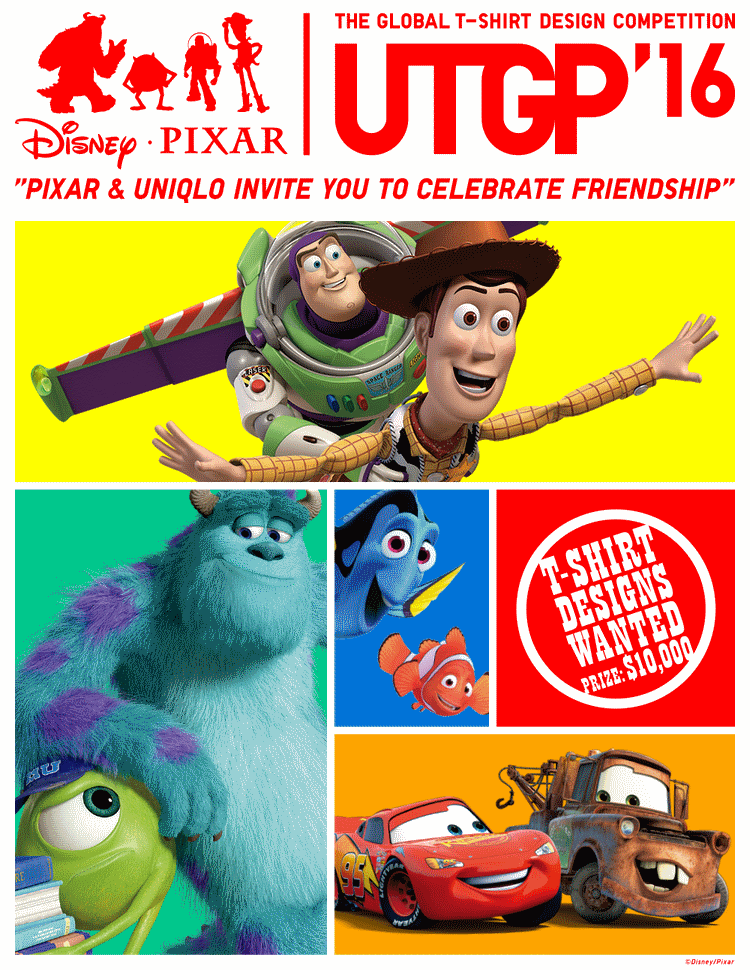 Submissions are accepted online at the official contest website: uniqlo.com/utgp/2016.