This coming August and September, UP Tomo-Kai will be having block screenings for the thrilling live adaption movies of Shingeki no Kyojin (Attack on Titan) Part I and Part II. 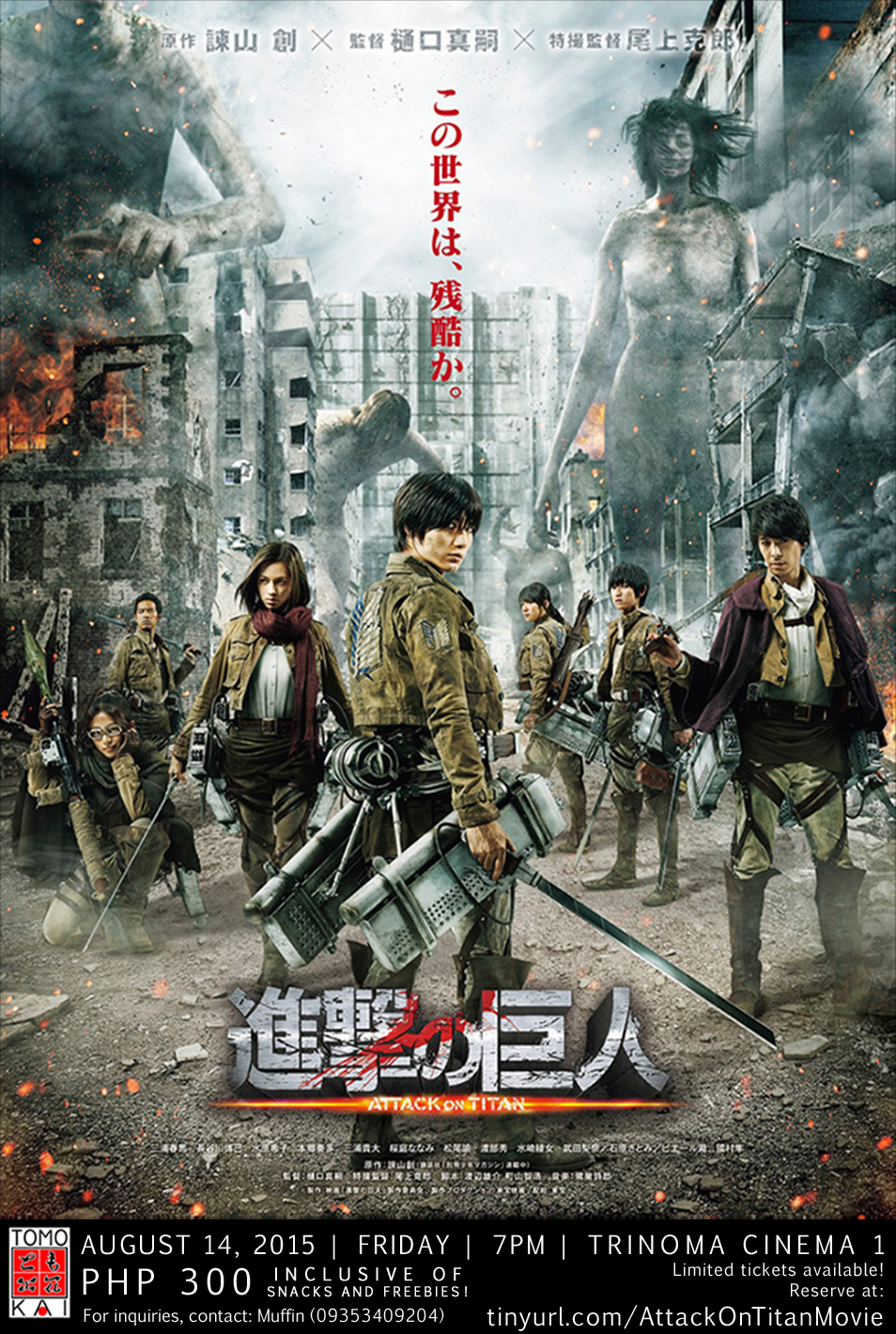 Limited tickets available for only PhP 300 inclusive of food, drinks, and freebies. Get a chance to also win exciting prizes!

The U.P. Philippines-Japan Friendship Club, also known as U.P. Tomo-Kai, is a duly recognized socio-cultural student organization of the University of the Philippines Diliman.

UP Tomo-Kai represent a strong tradition of 25 years of sharing, upholding, and enriching the cultures of and deep bonds between the Philippines and Japan, seen through our activities and events.

magnnetic-rose.net is an official media partner of the UP Tomo-Kai Shingeki no Kyojin Block Screenings.