The Japan Foundation, Manila, in cooperation with the Embassy of Japan, Tokyo International Film Festival, Shangri-La Plaza Mall, UP Film Institute and the Film Development Council of the Philippines presents EIGA SAI 2015 with the theme of “Tasteful Japan” featuring the flavourful culinary world of Japan and the contemporary films released in Japan in 2014. Expect a variety of film genres—comedy, feature, documentary, historical dramas and the all-time favorite sci-fi/ fantasy to complete this year’s line-up. 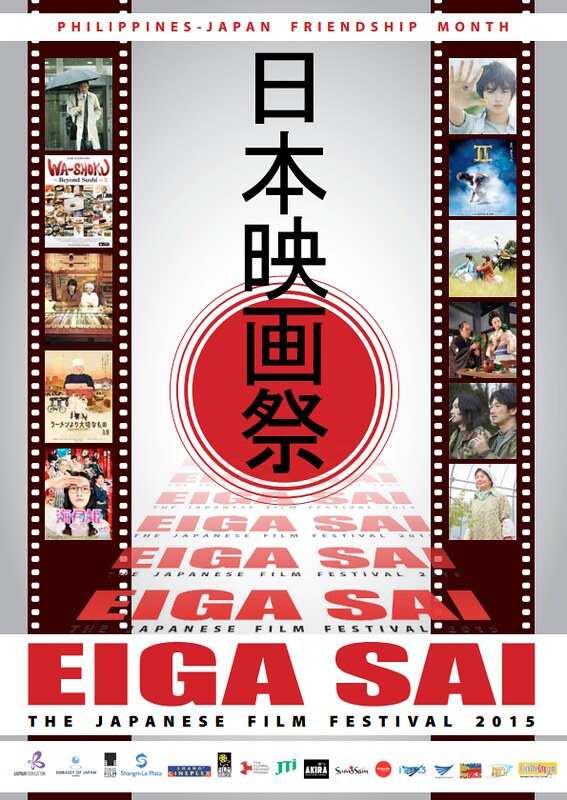 The director of the opening film “Our Family,” Mr. Yuya Ishii will be coming all the way from Japan to grace the opening night at the Shang Cineplex on July 9 (Thursday/7:30pm screening time). He will also have a Director’s Talk at the Lopez Center Studio, Ateneo de Manila University on July 10 (Friday/3:00pm) and at the Shang Cineplex Cinema 2 on July 11 (Saturday/4:30pm). 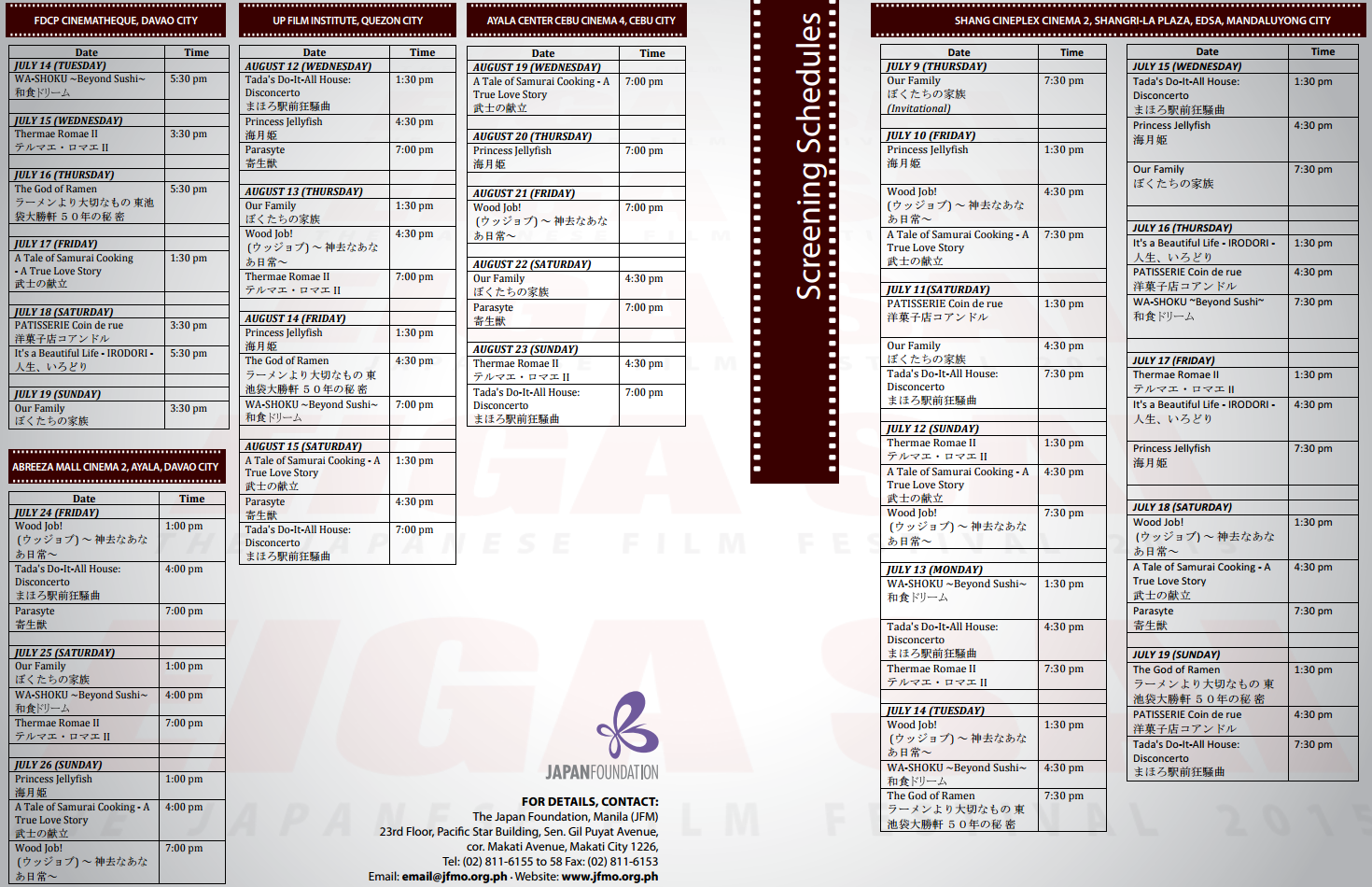