One of the world’s largest showing of the iconic Gundam sensation has landed in Singapore. Organisers Bandai Namco Asia and Takashimaya officiated the opening of Gundam Docks at Singapore, which runs from 4 to 28 June 2015 at Ngee Ann City Civic Plaza and Takashimaya Square, today. Joining them for the opening weekend was legendary mechanic designer, Mr. Kunio Okawara. Mr. Okawara is a designer for the Gundam series as well as the exclusive SG50 Gundam model kit, Singapore’s first Gundam model kit. 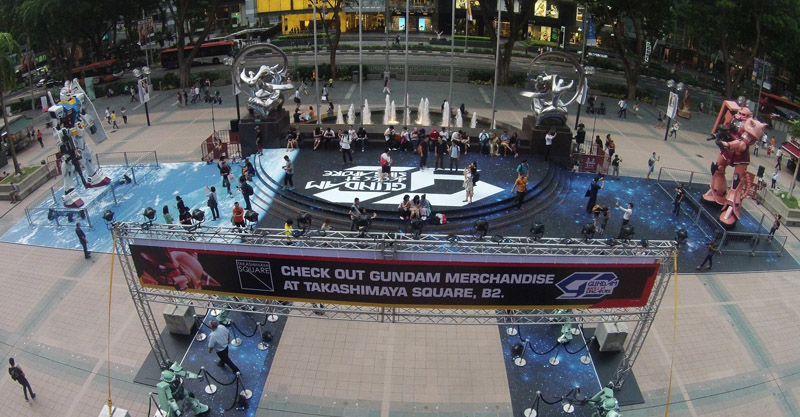 The exhibition includes a display of two 6-metre tall Gundam and Zaku models, alongside 10 smaller 1.7-metre Zaku models at the outdoor space of Ngee Ann City Civic Plaza. At Takashimaya Square, over 200 Gundam models are on display, with limited edition Gundam model kits and related merchandise for sale.

“We are delighted by the strong showing since the start of Gundam Docks at Singapore, and thank Singapore for welcoming our Gundam warriors so warmly. Over the next few weekends, a series of exciting special appearances and stage activities will take place right here at Orchard Road. From the behind-the-scenes power figures such as Mr. Okawara himself, seiyuus and the band behind Gundam’s soundtracks, we look forward to giving fans and visitors alike a special treat and better understanding of Gundam,” said Mr. Takayoshi Oyama, Bandai Namco Singapore’s Hobby Products Dept Manager. 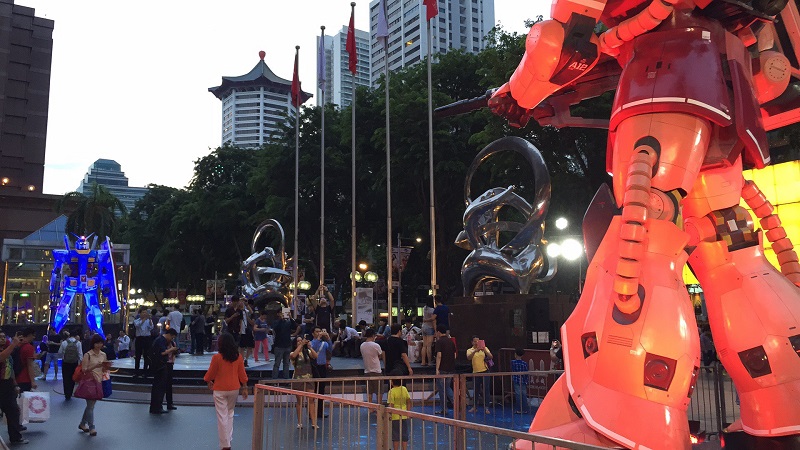 A special stage has been set up at Takashimaya Square for Gundam-related activities and appearances. Fans and the public can enjoy special appearances from personalities flown in from Japan.

Mr. Kunio Okawara, Japan’s first mechanic designer, shared his views and insights on designing the Gundam series this afternoon at a one-hour talk show on stage at Takashimaya Square. The first 100 fans who bought the exclusive SG50 Gundam model kits had the chance to get autographs from Mr. Okawara. 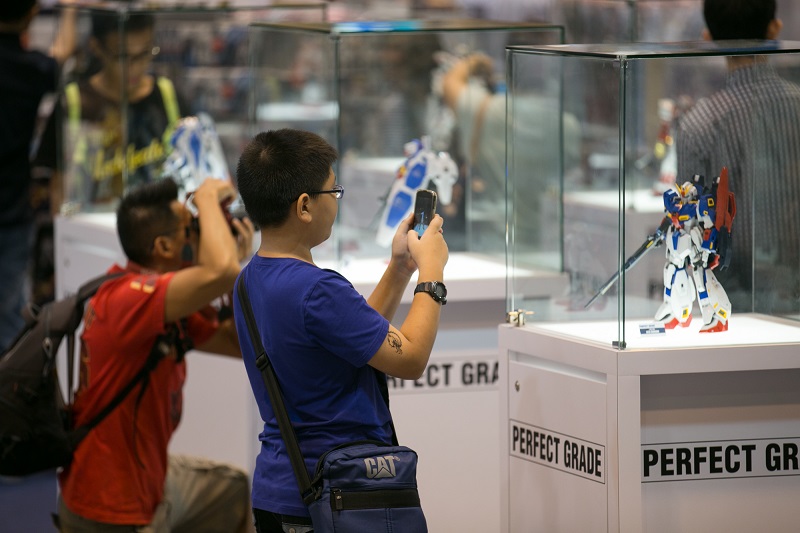 An Exhibition of Epic Proportions

Visitors can experience the intensity and majestic scale of the Gundam series both outdoors and indoors. The RX-78-2 Gundam, the largest Gundam to be showcased outside Japan, comes face to face with Char’s Zaku as they land at the Ngee Ann City Civic Plaza. Daily light and sound shows will be held in the evenings to bring to life the fight between Earth Federation vs Principality of Zeon. 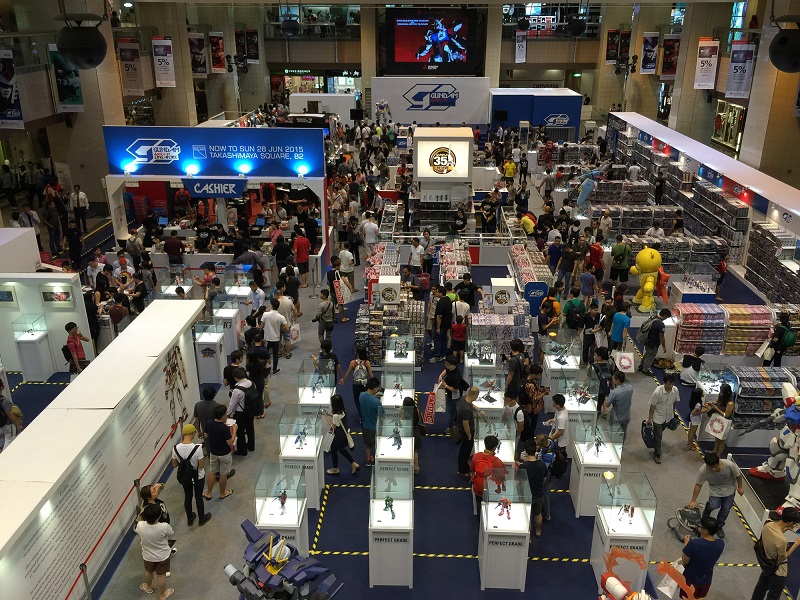 As visitors step into Takashimaya Square, be prepared to be wowed and amazed by over 200 Gundam models, one of the world’s largest showcase of the Gundam series. Exclusive limited edition items have been produced as part of the exhibition in Singapore. They include:

Gundam Docks at Singapore is presented by Bandai Namco Asia, one of the leading toy makers and arcade, mobile and home video game publishers in Japan, and Takashimaya Department Store. For more details, check out http://www.gundamdocks.sg

Thanks to Asia PR Werkz Pte Ltd for the media kit.