UP Tomo-Kai — the University of the Philippines Philippines-Japan Friendship Club, proudly presents “Japan for Every Juan: Japan Pop Culture and Its Influences on Filipino Youth”. This conference will be held o the 29th of November 2014 from 8:00 AM to 5:00 PM, at the National Institute of Physics Auditorium of UP Diliman. 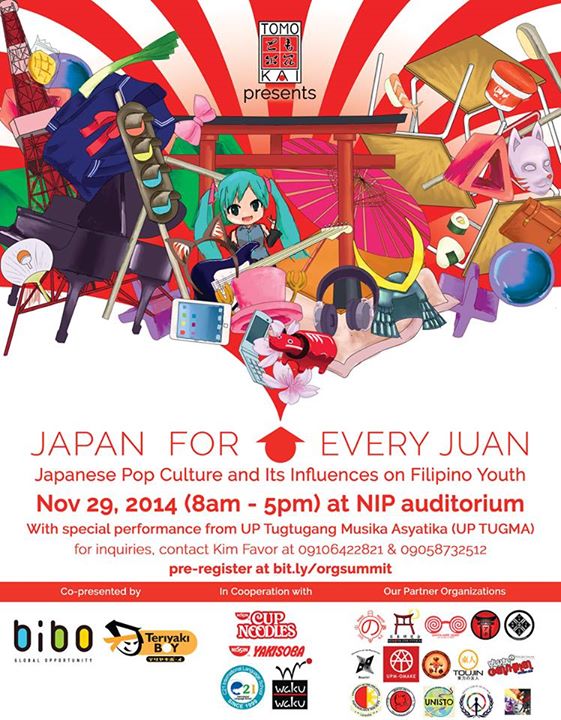 Japan for Every Juan aims to gather Japanese culture-oriented organizations and guest speakers into a large-scale organisation summit to promote Japanese pop culture, such as anime and manga, cosplay, and music, in the Philippines and discuss its influence on the Filipino youth today.

Music and cosplay were chosen since this aspect of popular culture is widely-known by the general public and is not exclusive to its fans. Meanwhile by contrast, anime and manga are unique to the Japanese society for these two originated from Japan and are often thought to be distinctly different from their western counterparts. Anime and manga are penetrating a wide range of audiences not only in Japan, but also around the world.

Esteemed speakers at the conference include: 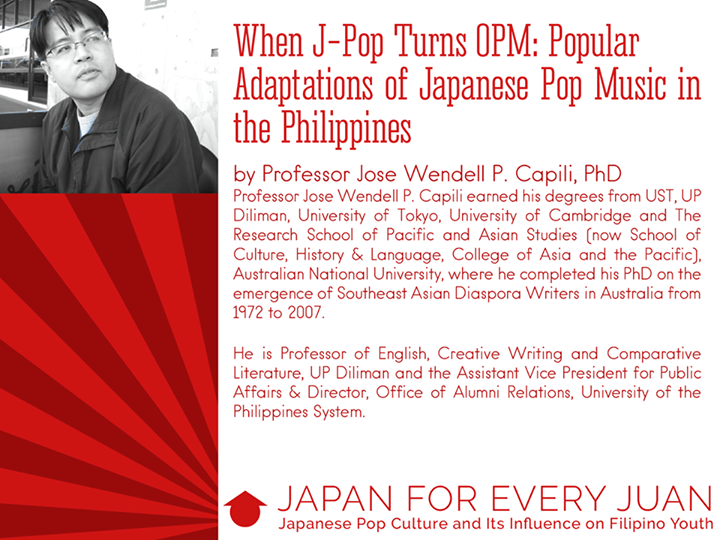 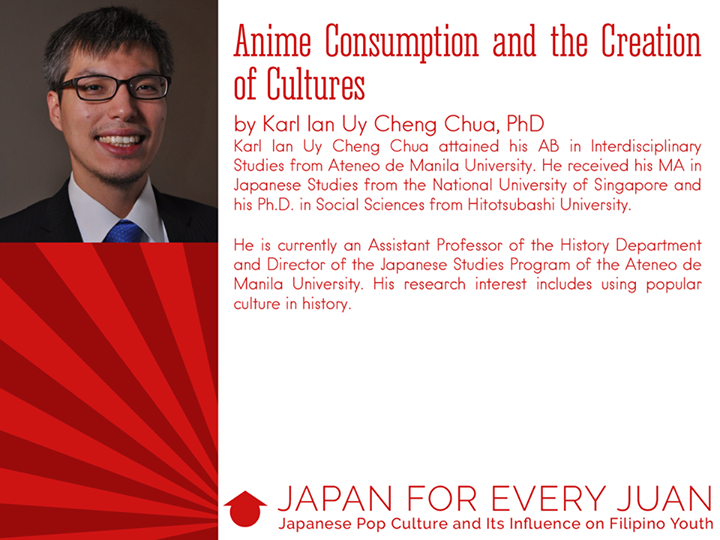 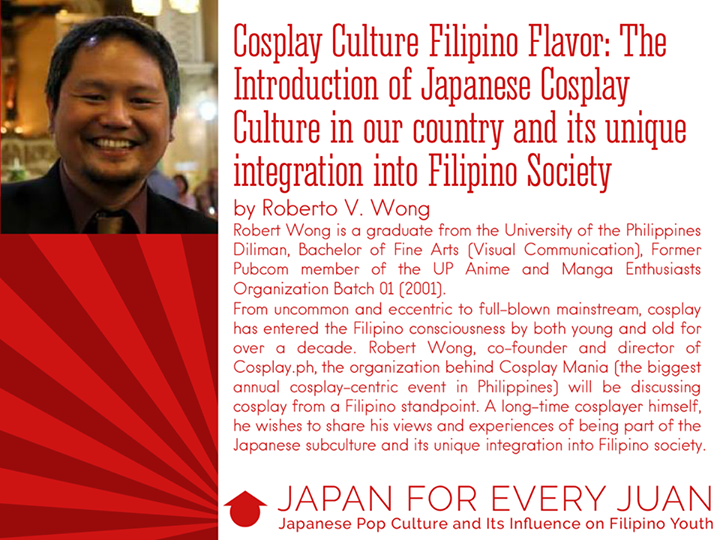 There is a participation fee of Php 200 (inclusive of lunch), and conference participants are requested to come in a semi-formal or business attire. Prospective participants may pre-register at bit.ly/orgsummit — hurry, slots are limited!

magnetic-rose.net is a proud alumnus of UP Tomo-Kai and an official Media Partner of Japan for Every Juan.