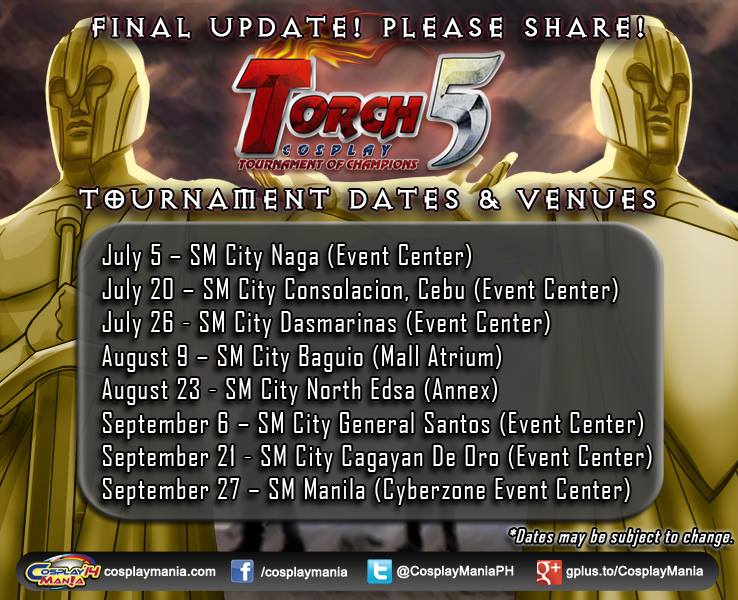 TOrCH 2014 pits cosplay pairs from preliminary rounds held all over the Philippines, in a quest to find out who the Philippine representative will be at this year’s Anime Festival Asia Regional Cosplay Championship in Singapore.

TOrCH 2014 Preliminaries will be held at:

Prospective contestants must register online at the Cosplay Mania website before their local Preliminaries are to be held; there will be no on-site registrations on the event date. You can also check out their official FB fanpage for updates and other information.

magnetic-rose.net is the New Media Coordinator and an Official Affiliate of Cosplay Mania 14.