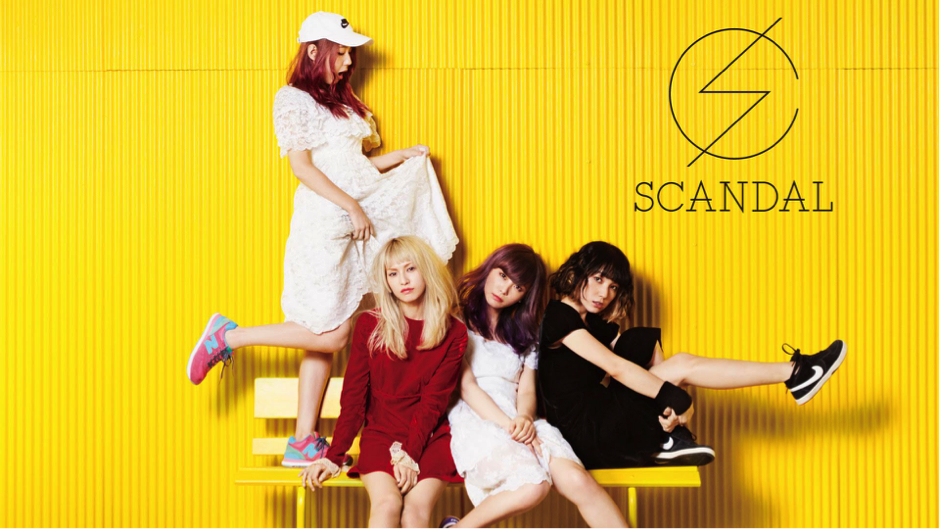 The title of their 2016 tour is 「YELLOW」, promoting their seventh album that would be released on 2 March 2016. The album will include chart-topping hits such as “Stamp!” and, “Sisters” and would contain 13 tracks in total. Singapore will mark SCANDAL’s first overseas stop, they will also head to Hong Kong and Taiwan after their Singapore concert.

The girls of SCANDAL are no strangers to Singapore, having performed in Singapore at Anime Festival Asia in 2011 and two lives in 2013 and 2015 respectively.

In a move to provide a more intimate experience for fans, a limited VVIP package will be introduced. At the price of S$398, VVIP ticket holders would get to be closer to their idols than ever before. This exclusive VVIP ticket package would only be limited to 50 fans. Sales for VVIP and other ticket tiers will start on 18 March 2016 from 9am onwards via SISTIC online and 10am onwards via physical sales outlets.

VVIP ticket holders would be entitled to the following exclusive privileges:

Please note that all tickets will be put on sale on 18th March. Tickets are on first-come-first-serve basis. If the tickets in a category are sold out during this period, no tickets for that category will be made for sale after 25th March. Early bird sales tickets are open to all and not limited to any privilege groups.

Please note that the photo session for VVIP (Cat 1) ticket holders will take place before the concert on 4 Jun 2015. The exact time will be made known at a later time once the band’s schedule is confirmed. Please ensure that you are able to attend the session, as no make-up session will be entertained.

SCANDAL Tour 2016 「YELLOW」 in Singapore is proudly organised by SOZO in partnership with ZEPP Live INC, under the Japan Music Festival platform.

The 4-member band came together in 2006 in Osaka, Kyobashi. They had their debut with “Doll” in 2008. “DOLL” was awarded for Power Play from over 40 FM/AM/CS radio stations in Japan. From there, the band continued to enjoy much success on the Oricon music charts in Japan.

Tapping on Japan’s diverse wealth of entertainment content, SOZO has positioned itself to be the ‘bridge’, connecting Japan to SE Asia – by showcasing quality concerts, engaging retail experiences and creating meaningful online engagement to audiences and businesses across South East Asia.

Our Mission – To celebrate Japanese Music by engaging fans in SE Asia and beyond, with the best and latest in Japanese Music Concert Experience – direct from Japan.

What is JMF? – 2014 marked the start of the JMF (Japan Music Festival) platform, created and owned by SOZO to bring the best in J-Pop, J-Rock and more as a series of solo concerts under a single brand. In 2015, JMF will return to engage ever more concert attendees in the South East Asian region. Artistes that will be having their solo concerts under the JMF umbrella will be announced in the near future.

Members of the public who wish to find out more about the concert may visit: japanmusicfestival.asia/